From the usual parkruns, marathons and summer triathlons, to predictathons in aid of charity, the Striders competed in distances from 5 kilometers to 26.2 miles this week.

On Tuesday in a slightly different kind of event, Congleton Harriers put on a self navigated predictathon which meant map reading, which a few hadn't done before. David Sharp, Andy Bennett, John Pemberton, Heather Carter and Darren Varley took part in the event, which whilst didn’t have official timings, had a lot of fun and finished in the Beartown Brewery. Apparently most of the team got lost, but the event raised over £300 for a local foodbank in total, well done all. 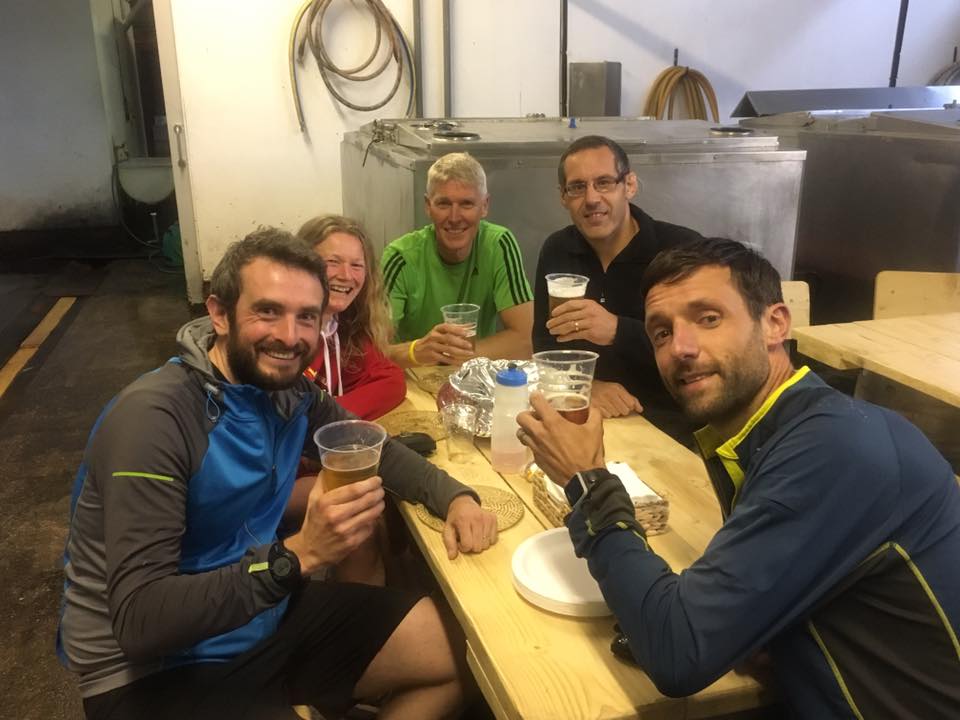 On Thursday, Andy Thomas was over in Wythenshawe Park for the first of the Decathlon Sale Sizzler 5k series. Starting on the track it heads out for two laps of the park, and finally finishes back on the track. Andy whilst not managing to get a photo of himself, was extremely impressed with his goodie bag (photo below), and also managed to knock an impressive 20 seconds off his 5k personal best, with a time of 19:15. Excellent work. 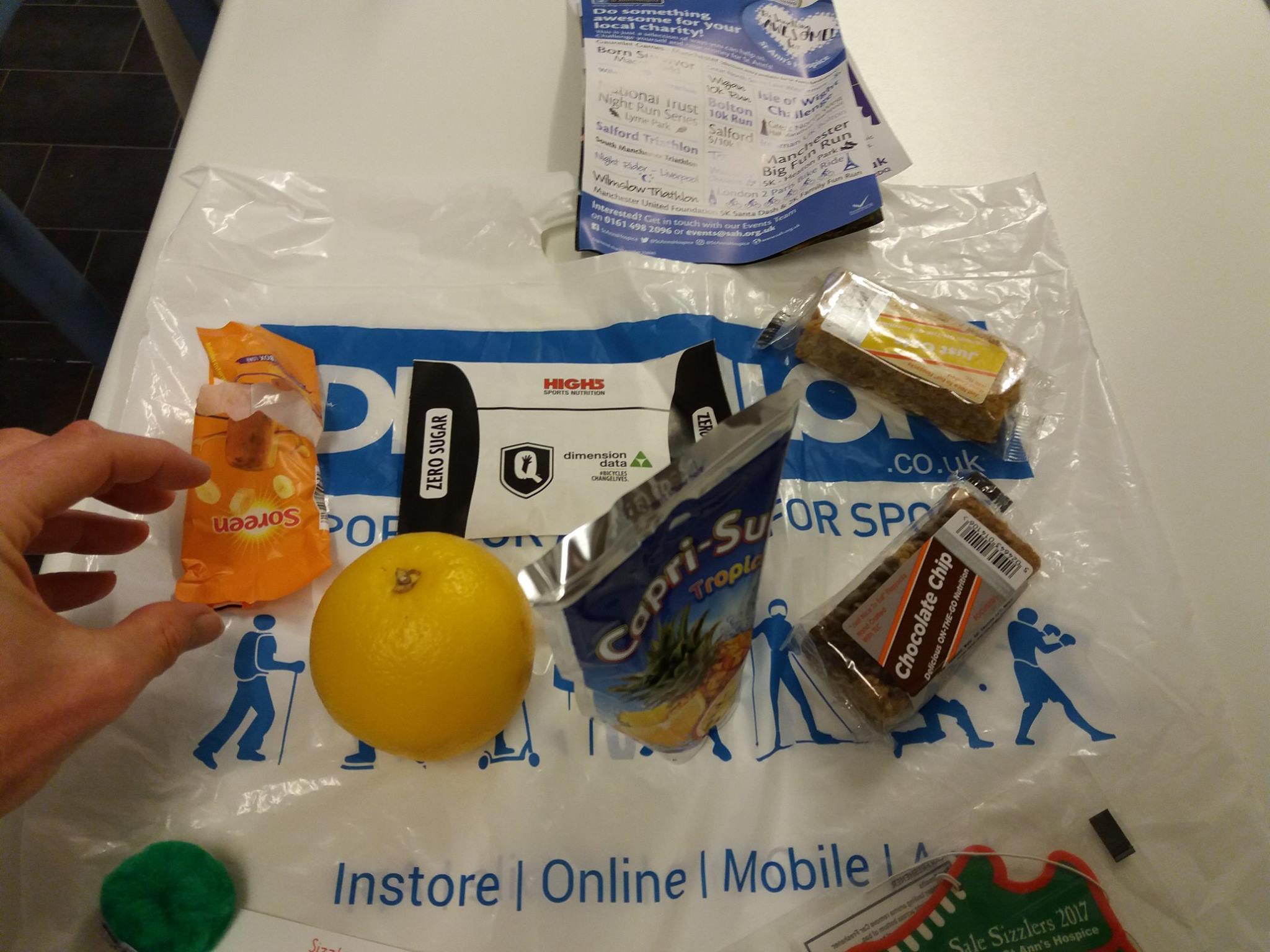 On Saturday 11 members competed in 6 different parkruns, with Gillian Fallows getting yet another personal best at Congleton. 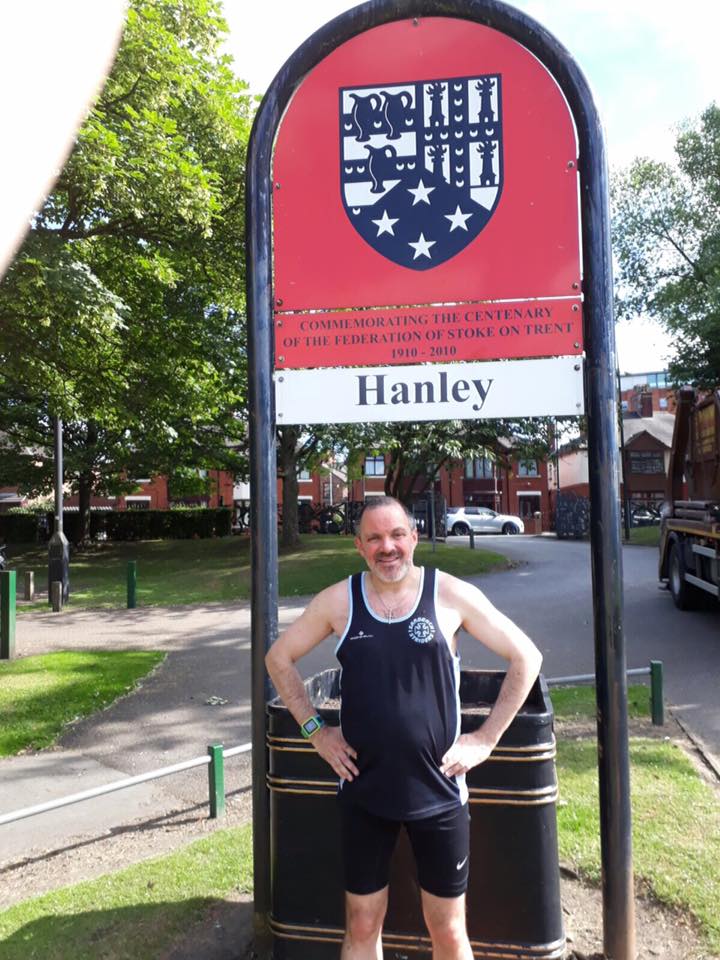 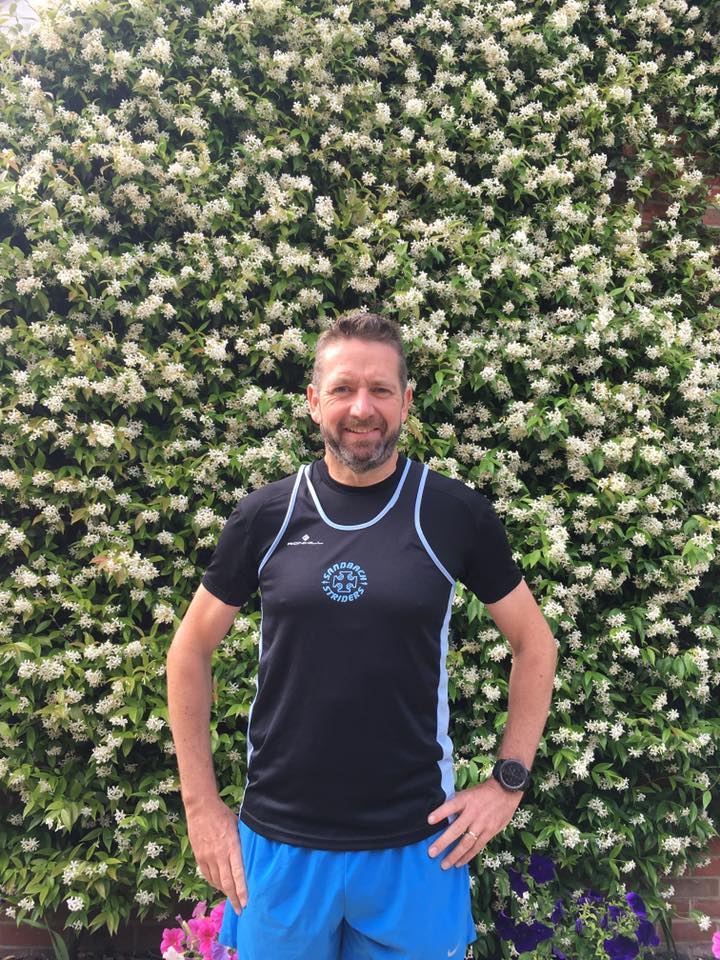 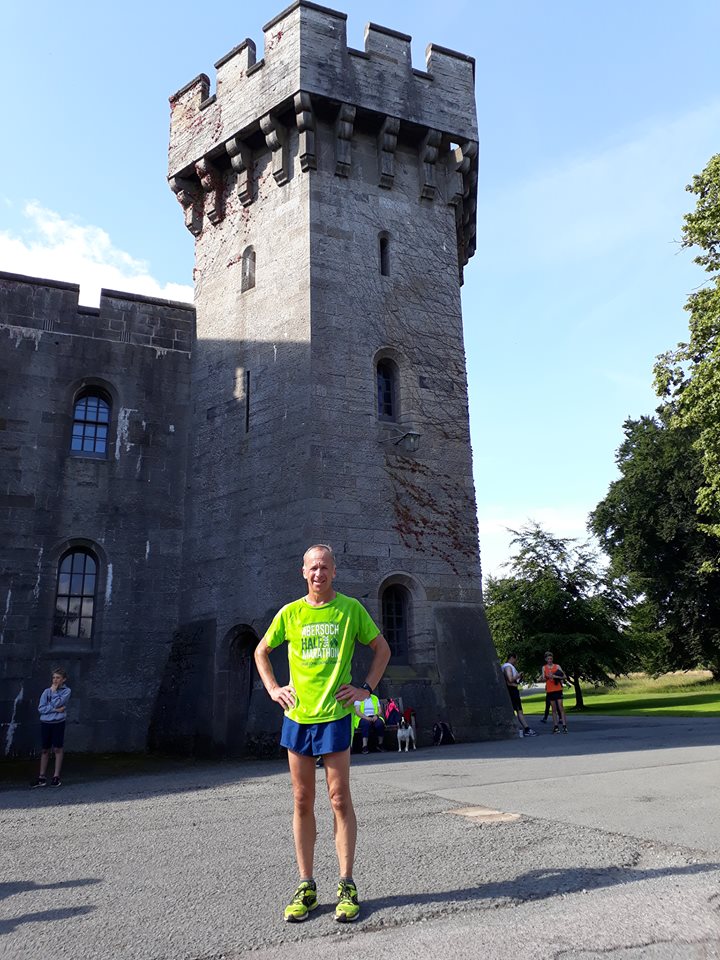 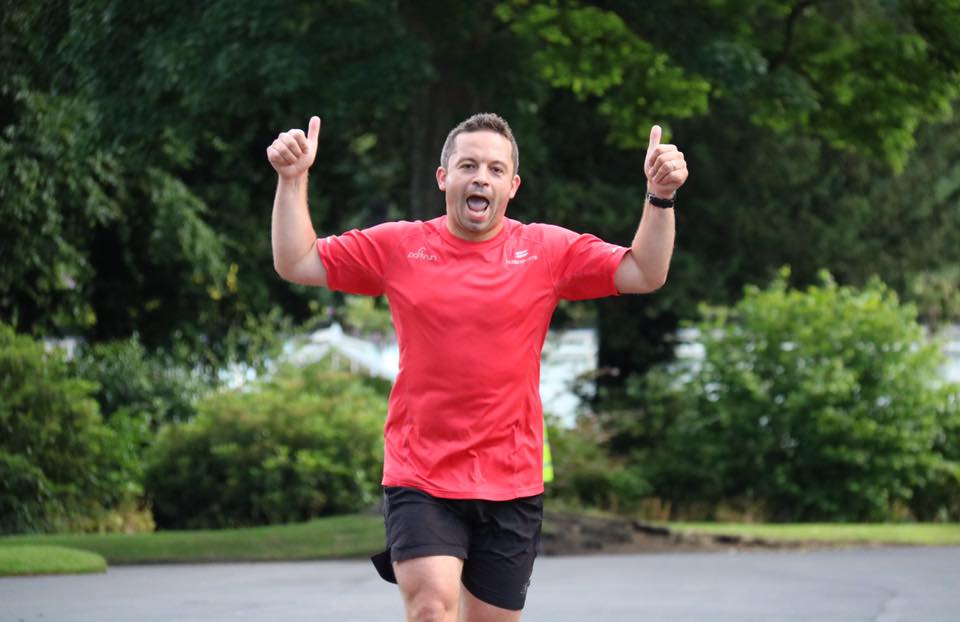 Over in Tyldesley, Manchester, on Sunday morning, Paul Nicholls took part in the Lions Bridge Trail marathon, 6 laps on trails in very tough conditions. It was very hard for Paul as he continues to push for the 100 marathon finishes, with injuries and struggling for motivation at times. With the sun beating down on the runners, the organisers even offered the marathon runners to finish after 3 laps and collect a half marathon medal. Paul didn’t opt for this, and pushed on to finish the event in under 6 hours. 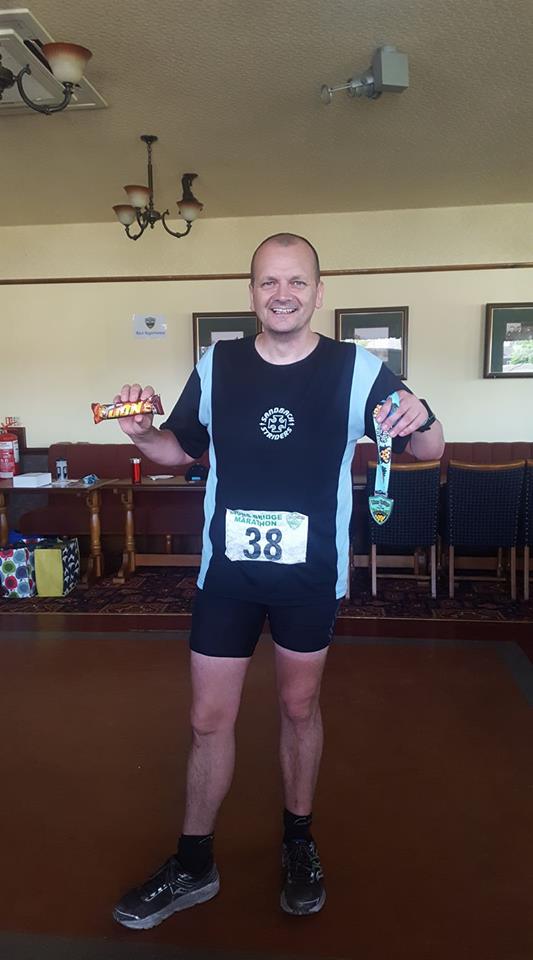 Also on Sunday it was the 4th in the clubs promoted races, where we try and get a good turn out to local(ish) events. This week was the Northwich Festival of Running 10k in Marbury Park. In the second year of the event, we saw 10 members of the club, taking on the undulating paths around the Country Park. No personal bests this year, but some good times and positions nonetheless. Darren was the first Strider to finish in 6th position overall, Jo Askey finished second in her category and Wendy Spreadbury won her category. 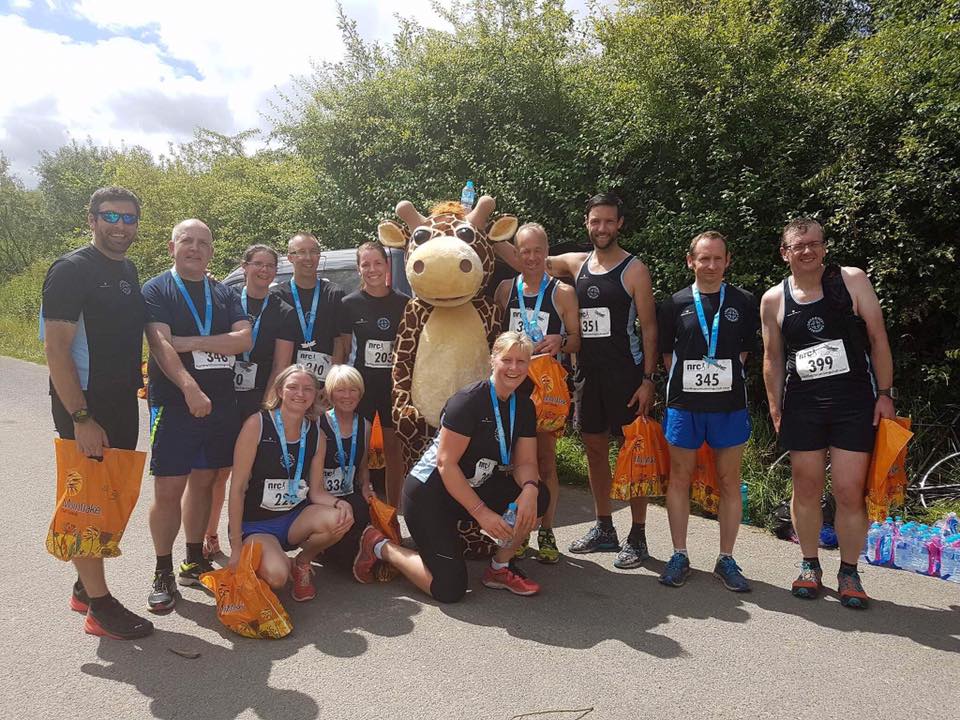 Finally for this week, there were two members competing in sprint distance triathlons. First off was Gaynor Beckett at the Manchester Boundary Breeze just outside of Holmes Chapel. The weather conditions were tough, but Gaynor finished 3rd in her category with an overall time of 1:30:10. Meanwhile in Chichester, and after his parkrun on Saturday, Colin Dalton took part in the Chichester Sprint Triathlon. During the bike leg of the event, he had a massive mechanical failure where his crank shaft fell off, and had to run an extra 6 miles to complete the cycle part of the event. Despite this, he finished in a decent time of 2:10:02. Those Sunday morning long runs are certainly paying off for him. 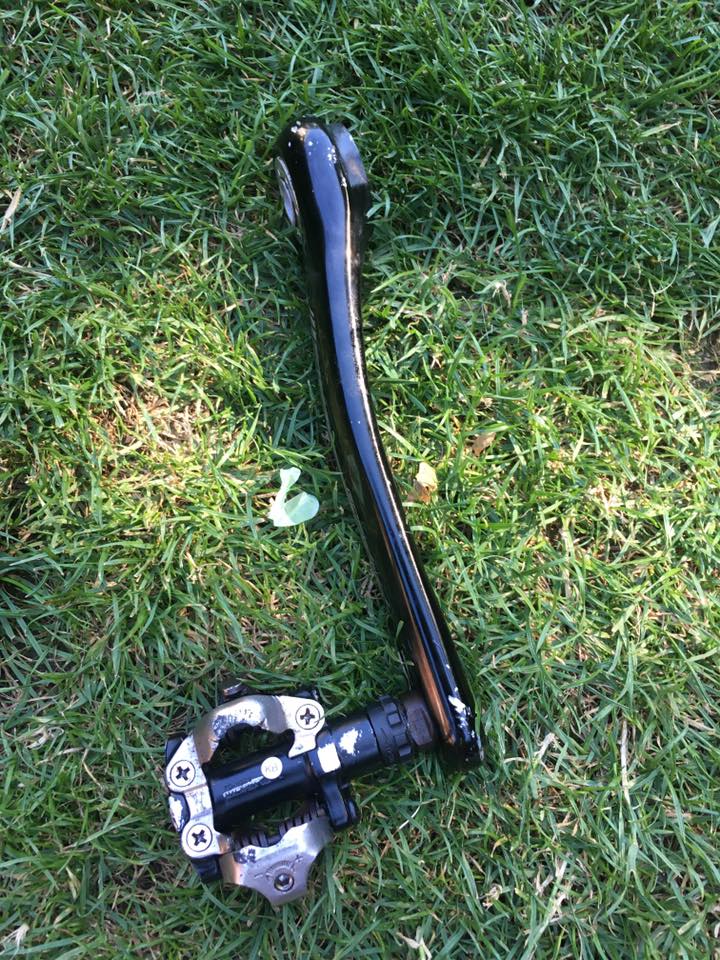 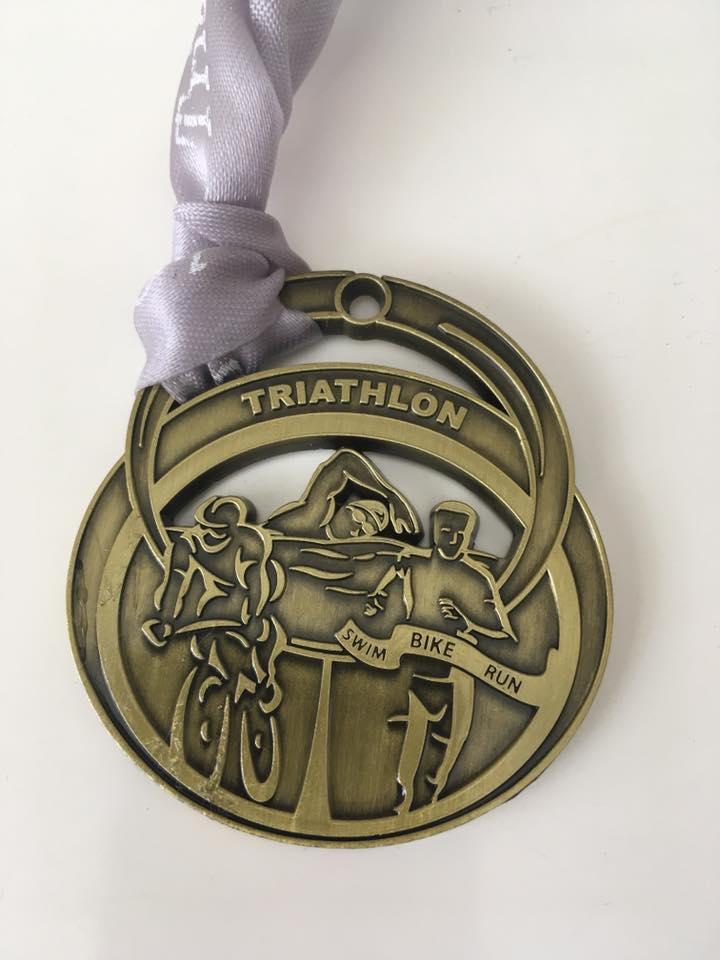 Full results for our members are available here